Kea (Greek: Κέα) is a stunning island in the Aegean. It is also known as Tzia (Greek: Τζιά)

Marking the boundary between the Aegean archipelago and the gulf of Evia, Kea forms a natural link between mainland Greece and the Cyclades. Of all of the islands in the Cyclades group, it is the closest to Athens.

As one of the largest islands in the group, Kea is highly accessible, but it also offers the character and intimacy of a small Greek island. Its unparallel natural beauty blends uniquely with distinguished architecture and archaeological monuments that bear witness to Kea’s long and rich history. In the unique oak-forest one can find the rare oak basilica.

With its Cycladic beauty, imposing landscapes and wonderful beaches, Kea is an earthly paradise. Picturesque ancient paths, that exist over 2500 years and interconnect the ancient Tetrapolis, crisscross the island creating beautiful routes as wild hills give way to meadows, which lead to small coves and secluded shores offering fine swimming and exclusive yachting. The sheer variety of the scenery creates a dream-like, harmonious whole and a truly unique Greek holiday housing destination.

The beauties of the island do not only lie on its terrestrial surface. There is a remarkable seabed, which is rich and protected. Even J.Cousteau mentioned that Kea’s seabed is one of the best he had seen. Apart from the submarine beauties, the wreck of Britannic –the “biggest brother” of Titanic- lies in the waters of Kea.

The gentle attitude of the local people added to the natural and historical environment of the island creates a powerful combination.

THE ASSETS FOR HOLIDAY HOUSING OF KEA

Koundouros, which was called Nirissos,

(Greek: Νηρησσός) in the ancient times, is a coastal settlement that lies 14 kilometers southwest of the main town of Ioulida (Greek: Ιουλίδα).

was the harbor-settlement of ancient Piiessa (Greek: Ποιήεσσα), one of the four cities of ancient Tetrapolis with more than 2.500 years of history. 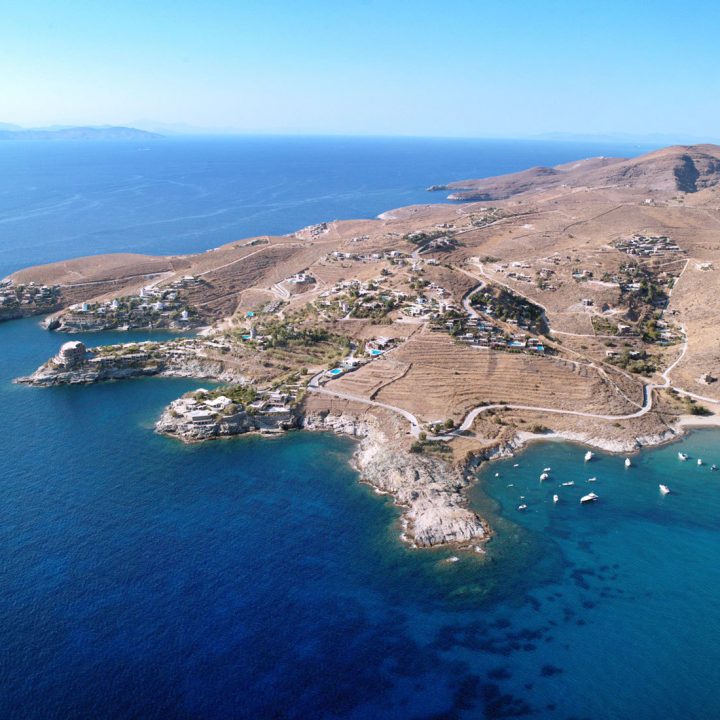 It is noted for the unspoiled natural beauty of its landscape

and the fact that it is sheltered from the prevailing north summer winds. For this reason, the bay that bears the same name, with the wonderful beaches and clean waters, attracts many of the holiday makers and yacht users.

On the south side of Koundouros,

at Kampi, one can find small, sheltered coves that are ideal for those who prefer more privacy.